Lew Stansby, former commodities trader and current professional bridge player, lives in Castro Valley, California, with wife and fellow national champion JoAnna. Since winning the Reisinger in 1965, Lew has won more than thirty national championships and five world championships, and has finished second three times. Most of these championships over the past thirty years have been won in partnership with Chip Martel, but Lew also has an outstanding record with other partners, including wife JoAnna. Their most recent accomplishment was second-place finish in the North American Open Teams in Chicago, playing with Chip and Jan Martel and Kit and Sally Woolsey. Lew is a World Grand Master, ranked ninth in lifetime ranking (15th in current performance ranking). Tall and softspoken, Lew is known for his love of games of almost all kinds and his incredible memory for bridge hands, even those from long-ago events he neglected to win.

The system of Martel/Stansby is a slighty modification of Kaplan/Sheinwold system. 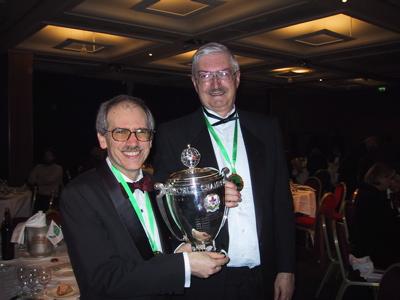