A retired jewelry store owner, considered by many experts as the worlds best player during his world championship years.

Until 1976 he was never on a losing team in international competition. Garozzo and Pietro Forquet formed one of the great partnerships of the world through 1972.

From 1972 to 1976 he paired with Giorgio Belladonna in what many considered to be the best partnership in the world during those years. A WBF Grand Master, he ranked second in lifetime rantings behind Belladonna as of 1993. He was a member of the Lancia Team that toured the United States in 1975.

For his record please consult WBF.

Born in Alexandria of Egypt. From the ‘ 87 it lives in the United States and from the ‘ 94 é city American. Thought E’, for its genius, its fantasy and for turns out obtained to you, one of the greatest players than all the times, if not largest in absolute. Of the sign of the Vergine, divorced, it has two sons: Fulvio of 43 years and Silvia of 42. Its companion of life gives beyond trent’ years is Lea Dupont. The sports love all and, in youth, it has some practices several to you (from soccer to the basket, from the pallavolo to tennis and the ping pong) but, with its sorrow, without large happening.

Today dedication to the golf and is amused to play to the horses, a hobby that it cultivates more for the preparation that involves, than for the taste to bet.

Probably it they have been, now is a po’ various. Unfortunately, when it is aged gets lost in speed, insomma, the shining blows that spiazzano the adversaries do not succeed to you more like once. It was only this, would go well also; the fact is that she becomes also little patient and than forehead to a mistake of the companion, today me goes often the blood to the head. Fortunately that compensation with an always greater experience and one technical that with the years, if it continues to possession wants to apply to you and to study, it cannot that to improve.

Six, between the other, between first to to have felt the requirement to elaborate conventional systems licitati  to you…

When in the ‘ 61 I entered to make part of the Blue Team, I still played the bridge with the so-called chip ax. I remind that, in fact,ui forced from Chiaradia to an incredible one full immersion in order to succeed to learn, to the eve of my first championship of the world, the “Flowers Neapolitan”, that I would have had to play with my new companion Piero Forquet. The successive passage was the invention of the “Blue Flowers Team” and from that momentmy search in licitativo field has been continuous and uninterrupted.

In national you have had like companions two great players: Piero Forquet and George Belladonna, two bridgisti from the different characteristics a lot…

… Piero very played to regulate, did not take risks, but paper never did not mistake neanche one; George, instead, was the much fantasioso one: it was in a position to carrying points, but every a lot lost them also.

E’ be difficult for you to adapt various partners to you therefore?

For me, never it has not been a problem. Always they have been and they are a enough interchanging player and in fact the directory of the companions had in the course of my long career is indeed infinite.

Bridge how much and as he has changed your life?

A lot, tantissimo, to such point to identify itself with my same life. My trentennale affective relationship with Lea and my definitive transfer in America even are from being connected to the bridge.

For being of the champions in the bridge he is sufficient to win?

They said of yes, but in order to win he is not sufficient to be brilliant and volenterosi. If you do not have a good companion or if a six simply presuntuoso, defect that you door to rock to you on the bay ones and to interrupt every shape of increase, you do not win absolutely nothing and, consequently, you cannot become a champion.

How it judges the atmosphere of the bridge?

As all the other atmospheres are of the bond and the bad one. The important is to succeed to attend who you is well and to ignore who does not appeal to to you. Perhaps, respect to other working situations sport or is more envies and presunzione.

The Blue Team yesterday and today in that what differs mainly?

Task that the diversity is not as well as in the level of the single members, optimal then like today, how much in the competition that hour is the much most pitiless one. The opposing squares who can aspire to tito them international important are very many, decidedly more than those that a time could impensierirci.

In synthesis, the greater diversity I think is just in the possibility to obtain the same number of successes.

Which characteristics must possess your ideal partner?

Like not. Forquet, as an example, was indeed the maximum, but also Belladonna was not from less… if not what it broke off more I was just I. But with passing of the years decidedly they are improved.

You know very well is the Italian bridgistica truth, is that American. Which thing of tasks?

The Americans live the bridge in more professional way. As an example, they play with the sponsor and they do not say a word, when the companion mistakes does not make a fold, never do not put in public square the own errors, introduce themselves to the always super table punctual. In this we have still much to learn. Various, under the closely technical aspect, me he seems that, at least from the licitativo point of view, Italian we are advanced.

The future of bridge é the Internet?

This sport, via computer, cannot be competitive, because it is lend too much to being manipulated, but represents the ideal instrument undoubtedly in order to amuse itself and to pass the time. I see, moreover, particularly adapted for who has difficulty to exit of house (task to the old ones, to the sick persons) and for who it has necessity to train itself, but, because of the distances, difficultly can be confronted with the just similar one. In America this technique is a lot used also to highest level.

Sure rigiocherei to bridge… then, for the rest, I do not have particular regretted, if not that one not successful being, because of the war and of insufficient economic means, to attend the university and to become therefore engineer like my father and my brother,

Which are the values in which more creeds?

The friendship and the love for the sons.

There é someone to which you must say thanks?

In the first place to the Padreterno in order to have given me the possibility to still arrive to 75 years with the working head; then to Chiaradia and Forquet that have given me my first great possibility… 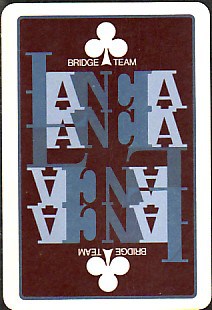